The One With All The Tears

I have been relatively off the radar lately, friends. I posted forever ago, it seems like, about my awesome new relationship! And how this blog would be going in a new direction.

Apparently that direction was nowhere.

I really hope to start blogging more soon, I do. And today is the start of that.

TTP is away for the weekend.

For a reference point, TTP and I have spent exactly one night apart since we started dating. In August.

This weekend serves as kind of a trial run for his move (which will be in the next couple of weeks), and it is NOT looking good, folks. This morning I cried while I poured out the rest of his pot of coffee after he left for the airport.

Because that is a totally normal reaction.

But it’s always the littlest things, isn’t it? Right now I’m watching reruns of Friends (and no, not on Netflix, because I’m too lazy to get up and switch to the bluray player that runs Netflix). The way Ross just hugged Rachel, holding is hand against her head, totally reminds me of the ways that TTP snuggles me into him, holding me close to his chest.

It just doesn’t feel right that I’m going to go to bed tonight without feeling that embrace, the warmth. That love. 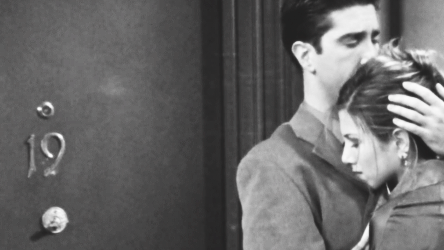 Surely I’m not the only one that can *feel* this?

Deep down, I know that I’m being just a little ridiculous. That I’m just being a bit emotional. I am capable of totally rationalizing that he’s (a) not moving that far away, (b) we’ll be able to see each other regularly, even if that isn’t every week, and (c) I am totally capable of functioning on my own.

That rationalizing doesn’t necessarily make it any easier, though.

Can Romance Novels be Feminist?

I feel like I run into a snag every time I try working on romance writing: I end up really, really hating my characters. And I noticed this when I read romance, too, especially when it’s set in a contemporary time period.

They just all feel so anti-woman to me.

Perhaps this is projecting. Perhaps this is really my own issues with being viewed as an “object,” rather than any characters actually objectifying other characters. But can’t the male lead think about something other than how sexually stimulating the female lead is? Can’t he be turned on by something other than her “ample bosom” or “thick backside” or “juicy bits” or whatever ridiculous turn of phrase an author has decided to call the lady’s body parts?

In some ways, I get it. TTP and I have had this conversation recently, while doing the dishes. The target demographic for romance novels, historically, seems to be “housewives,” those domestic women who care for home and children if they have any, who are looking for some sort of escape from their every day. This, of course, is overly generalizing. For example, I am not at all a housewife, but I do enjoy a good romance novel from time to time (that is, when I’m not critiquing them, clearly). The romance novel cliche is that the woman needs a man to save her, and sometimes she helps out in that rescuing, but mostly it’s the guy that rushes in and changes her life, by making her more caring/compassionate/open to love or by literally saving her or protecting her from some malevolent force.

But can that be changed?